"How To Deploy AI to 10X Your Business"

This intensive one-day workshop is attended by CEOs, Directors & Investors from around the globe.

You’ll learn how to successfully deploy AI to grow your business by as much as 10X. 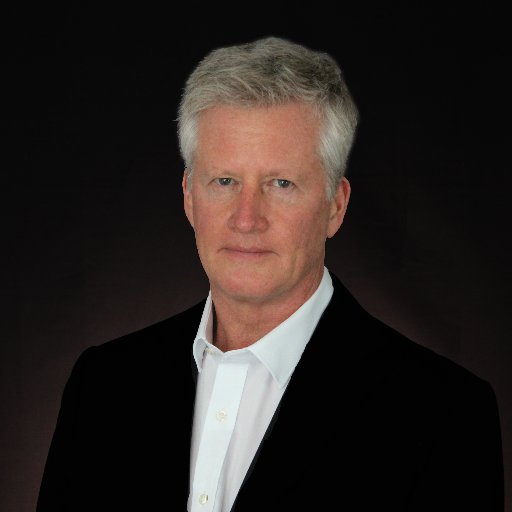 Calum Chace is an author, speaker, and respected commentator on Artificial Intelligence and its likely future impact on individuals, societies, and economies.

After three decades of working with organizations such as the BBC, BP and KPMG during which he was a marketer, a strategist, and a CEO, he switched career gears to focus on one of his most intense interests: Artificial Intelligence.

Calum Chace writes both fiction and non-fiction books on the possibilities and problems of increase use and reliance upon machines that are capable to learn like humans.

In Calum’s widely-acclaimed non-fiction book Surviving AI: The Promise and Peril of Artificial Intelligence, he exams what artificial intelligence is, where it comes from and where it’s going, and provides a layperson’s guide to the likelihood of a strong AI and superintelligence (machines that posses intelligence far surpassing that of the brightest and most gifted human minds).

In his seminal book “AI and The Economic Singularity“, he explores the prospect of widespread technological unemployment.

In his latest book published in 2017, “Artificial Intelligence and the Two Singularities“, Calum Chace argues that through the course of this century, the exponential growth in the capability of AI is likely to bring about two ‘singularities,’ or points at which conditions are so extreme that the normal rules breakdown.

The first is the economic singularity, when machine skills reach a point that renders many of us unemployable and will require an overhaul of the current economic system.

The second is the technological singularity, when machine intelligence reaches and then surpasses the cognitive abilities of the adult human, reducing us to the second smartest species on the planet.

In the emergent, active debate over AI, there are as many that are excited by the possibilities as there are and those who are warning of disaster. As well as a brief historical look at the developments of the new world of deep learning AI, Calum’s talks provides evidence for both sides of the argument and guides audiences through this strange new world.

Ultimately he makes the case that AI can turn out to be the best thing that will happen to humanity, making our future wonderful almost beyond imagination. But, he cautions, our future welfare and prosperity depends on our determination to learn about and meet the challenges that AI presents head on. 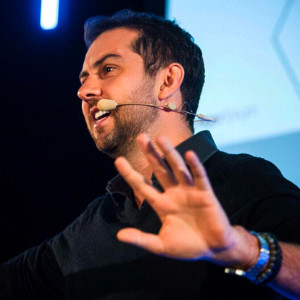 Calum Chace is the best-selling author of four books on AI, and a sought-after keynote speaker.

“Inspirational keynote. Accessible, challenging and hugely interesting all at the same time - quite an achievement!” 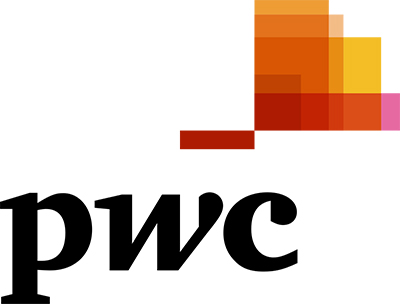 PwC
“Calum engaged the whole audience and was very well-received. Feedback was absolutely spot on” 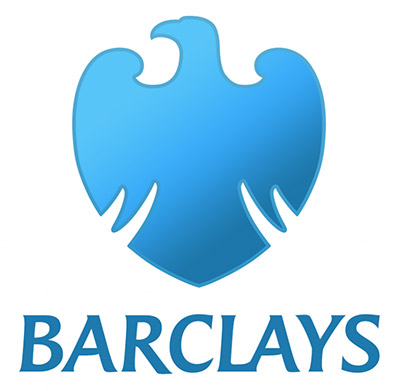 Barclays
“Calum was great. Very positive comments from our shareholders!” 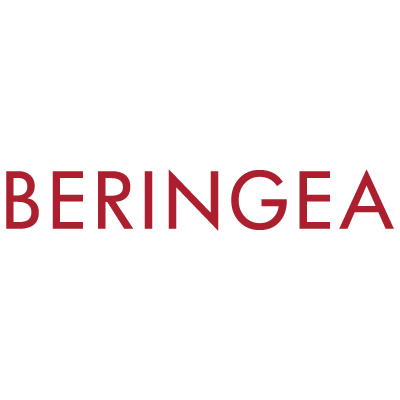 Beringea Private Equity
“Hands down, the most thought-provoking presentation I’ve ever seen.  It’s a life-changing perspective of things that you don’t have to be a technology geek to appreciate. Thank you, Calum” 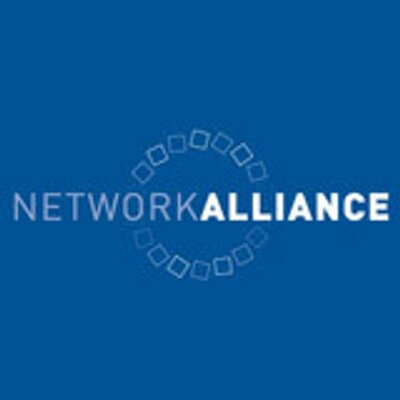 Network Alliance
“An extraordinary thinker and story-teller, Calum presents a thorough, yet easy-to-digest account of the most pressing issues surrounding AI” 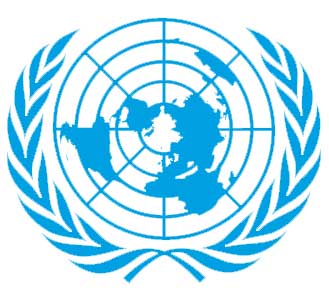 Centre for AI and Robotics, United Nations
“A sober review of the risks and opportunities from AI” 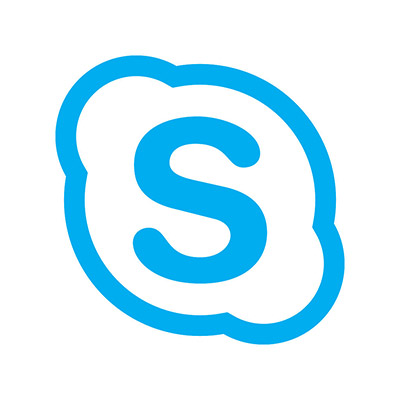 WHY Attend this MasterClass?

This Masterclass will show you HOW TO IMPLEMENT AI. How to deploy AI so you can aim to 10X your business

You already know that Artificial Intelligence is a game-changer… How well you implement AI could literally make or break your business. The stakes are so high that you must execute flawlessly.

So what should you, your business (and indeed your kids) do right away?

In the next 10 years, organisations which fail to embrace AI will shrink.
Many will disappear.

Embracing AI means understanding it. And appreciating what it can do for your organisation. AI is a large and complicated subject, beset by jargon and high costs.

Because it only became profitable at scale after the AI “Big Bang” in 2012, companies and industries are still learning how to deploy it the right way.

So HOW exactly can you place yourself at or near the “cutting-edge”?
Without finding yourself on the bleeding edge!

This intensive MasterClass is the answer. Presented by two world leaders in AI, the knowledge you gain will give you the confidence to talk about AI on equal terms with people inside and outside your organisation. So you can build your AI on solid ground.

This MasterClass will show you exactly how to deploy AI in order to 10X your business. Execution is everything.

This is your blueprint for future success…

Leadership in AI – Your Executive OverviewPresented by Calum Chase

AI - The State of the ArtPresented by Dr Daniel Hulme

AI - The future of AIPresented by Calum Chase

Yes, but is this really for you?

The BIG promise is… you’ll walk in the door with a “vague idea” of what AI might look like. And just one day later, you’ll walk out with a REAL AI action-plan you can USE right away in your business or organisation.

Meet AI experts (and fellow attendees) you can trust to help solve tough problems. This MasterClass brings together both thinkers (and DOERS) in AI and machine learning. Plus people just like you: who need to know how to use AI to get the job done better.

What can you expect from the NEXT GENERATION of AI?

We will take you beyond theory to share ACTUAL experiences of people who are using AI to get powerful results. Real war-stories, actual case-studies you can relate to… You’ll hear what’s working best (and why) at places like IBM Watson, Google, Amazon, Facebook, Microsoft and more…
Plus, you’ll hear the TRUTH about the “AI Titans of China” (is it fact or fantasy?)

How AI is reshaping the world…

Calum Chace is the best-selling author of four books on AI, and a sought-after keynote. He’s a respected commentator on AI and its likely future impact on individuals, societies, and economies.

After 30 years of working with organizations such as the BBC, BP and KPMG during which he was a marketer, a strategist, and a CEO, he switched career gears to focus on one of his most intense interests: AI. Calum Chace writes both fiction and non-fiction books on the possibilities and problems of increase use and reliance upon machines that are capable to learn like humans. In his latest book published in 2017, “Artificial Intelligence and the Two Singularities”, Calum argues that through the course of this century, the exponential growth in the capability of AI is likely to bring about two ‘singularities,’ or points at which conditions are so extreme that the normal rules breakdown.

“Understanding AI – its promise and its dangers – is emerging as one of the great challenges of coming decades and this is an invaluable guide to anyone who’s interested, confused, excited or scared…”
– Jaan Tallinn – co-founder of Skype

He is the Director of UCL’s Business Analytics MSc, applying AI to solve business, governmental and social problems. He is passionate about how technology can be used to govern organisations and bring positive social impact. Hulme’s work outlines a framework for understanding data-driven decision making. Dr Daniel Hulme has advisory and executive positions across companies and governments. He holds an international Kauffman Global Entrepreneur Scholarship and actively promotes purposeful decision making. He is a popular speaker for Google and TEDx, and is a faculty member of Singularity University.

“I could have listened to him all day. Daniel captivated the audience from the youngest new starter to seasoned veterans. He explained complex topics in an amusing and engaging way and really got us all thinking and talking…”
– J. Chambers, Director of Innovation & Corporate Development, AEGIS

Bonus: “AI Thought-Leaders Guide”AI Knowledgebase… Your Keys to the Vault

Some of the AI Thought-Leaders featured in this guide include:

Plus, extra bonuses for Early-Birds..Here’s a bunch of EXTRA bonuses to drive your GROWTH NEEDLE faster...

BONUS #2: “How to Implement or Deploy AI – Your Special Playbook”
(To save money, make money, delight customers and protect reputation)

BONUS #4: “How to USE Your AI Toolbox the right way”
(Learn which AI tools to use and when. In AI, timing is everything)

BONUS #5: “Real-Life AI Case Studies from the US, Europe, China”
“Use-cases” and stories you can apply right away, on a very practical level
Sift the hype and fluff from the actionable stuff.  eg: DeepMind (Live examples, war stories, hard-won secrets of AI pioneers)

BONUS #6: “Your Powerful AI Expert Global Network: The AI Rolodex”
You’ll meet with innovators to explore exactly what you can do with AI
Share experiences. Gain new ideas. Learn what works best and why. Benefit from battle scars of others. Get answers you need now. Fix problems before they come up. Hire and retain the best AI talent.

BONUS WILDCARD #7: FREE Lifetime Certification & Qualification (C.A.I.M)
All successful alumni will become “CERTIFIED AI MASTERS” The CAIM certification is the gold standard of excellence recognised worldwide. Future employers (and clients) will know that you are now a formally-qualified expert practitioner in implementing AI. All this – on a practical, rather than theoretical level. This will give you the edge over others and turbo-charge your lifetime income possibilities!

Case studies of AI in your sector…These industries are being radically reshaped by AI.

If you work in (or with) these sectors, this workshop will be of EXTREME-relevance to you right away!

So who else is coming?

This is a rare opportunity for you to meet, do business, gain ideas, find partners and get things done with peers in AI/machine learning… This MasterClass is the result of in-depth surveys spanning years with 5229+ C-Level executives worldwide…

CEOs, Directors, GMs & Investors from over 40 industries so far have APPLIED to attend the Summit across worldwide cities in 2019/2020. These include:

Join more than 500 CEOs and senior executives from 33 countries who have  confirmed to be there.
It’s a great chance for you to meet, get ideas, do business and find partners.

Is this really for you?

You'll walk in the door with a "vague idea" of what AI might look like.  And just one day later, you'll walk out with a REAL action-plan you can USE right away in business.

Meet AI experts you can trust

This Summit brings together the world's top minds in AI, machine learning and deep learning. Plus people just like you who need to know how to use AI to get the job done better.

You are safely protected by our 100% MONEY-BACK GUARANTEE: secure & risk-free 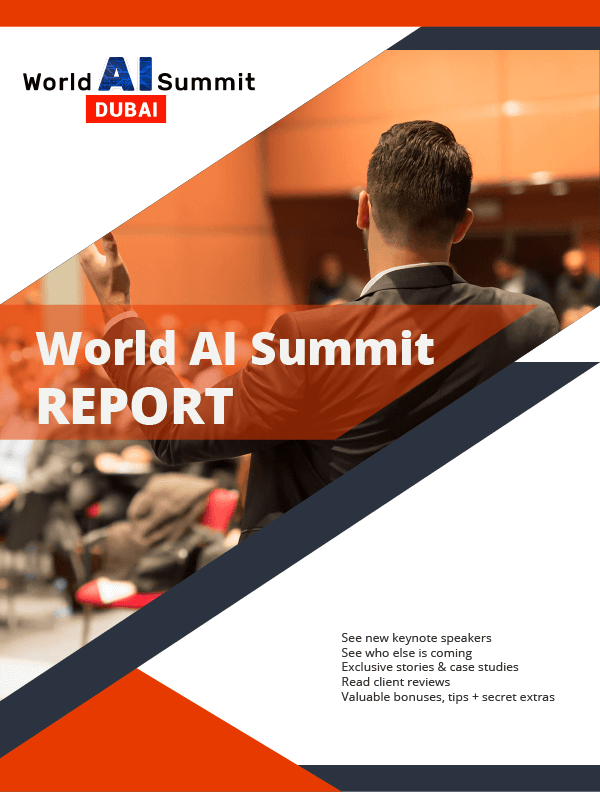 Our mission is simple: To show you exactly how to execute on strategy to drive 10X performance in your business.

Looking for a different location?